to Support Genocide in Ukraine ?

This morning Facebook began censoring certain photographs taken in Ukraine... those images that conveyed the truth of Russian genocide in Bucha and other locales, including one photograph of an open pit mass grave: 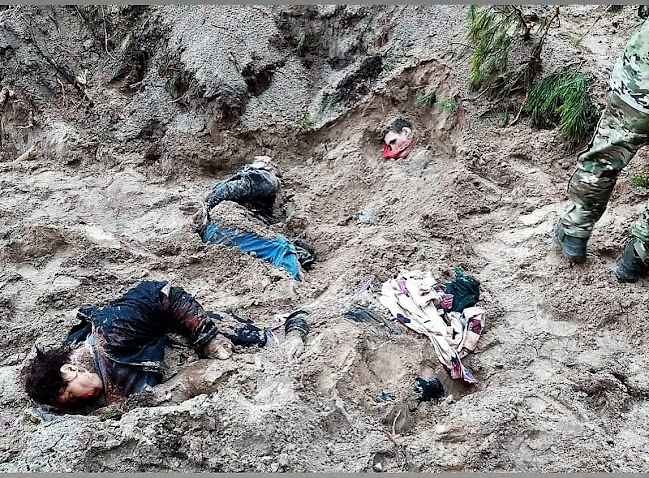 Adjudicated by Facebook as going against "Community Standards" for violence, it is now banned and those who have displayed it are either banned or restricted.

There are so many other photographs on Facebook depicting violence more graphically, such as from films, Westerns and War films, that one might ask, why this image is banned and not others.

Think Ruble... think about Mark Zuckerberg's greed... think about the little man's prior corruption... taking Putin's rubles to give Trump some sort of Facebook advantage.

No doubt the wee Zuckerberg loves his money... loves his rubles, and thus loves Vladimir Putin, and, by extension, loves Donald Trump.

Thus we can suppose that Mark Zuckerberg has made his choice: loyalty (for rubles) to Vladimir Putin above all others, above morality and above America, and, certainly, to hell with Ukraine and let the atrocities continue.  That is the Facebook stance so far as I can tell.

Posted by Poet Red Shuttleworth at 7:39 AM