Opening Scenes of My Boxing Life 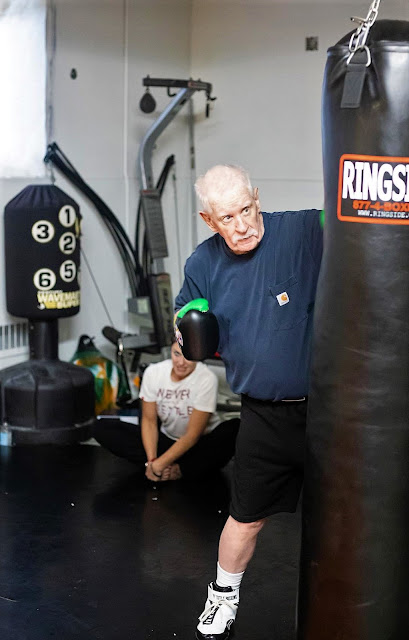 I routinely work the heavy bag at Sacred Scars Gym at least three rounds on each visit to Sacred Scars Gym.  Two rounds of basic jabs and hooks.  One round of simple combinations. 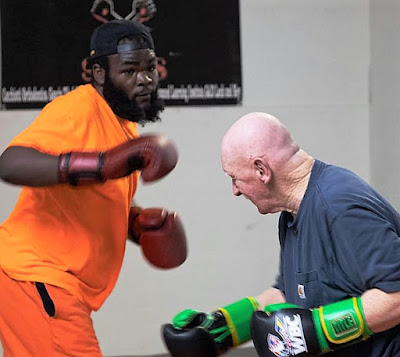 I liked sparring with Elijah McClendon from my early days at Sacred Scars Gym.  McClendon is fast, adapts rapidly, and stops to explain the errors of my ways. 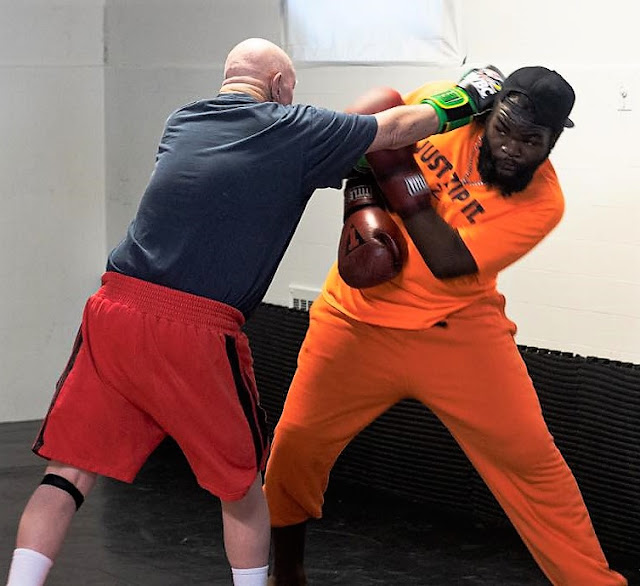 I prefer sparring with advanced-skill fighters, those who are both boxers and MMA fighters, unorthodox boxers who have lessons to teach. 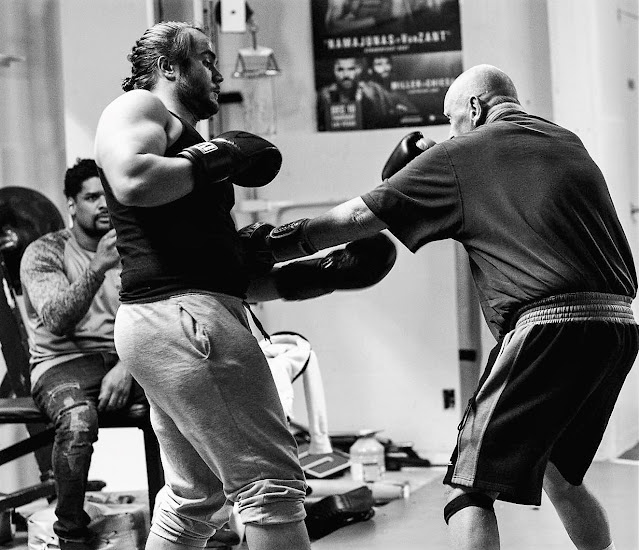 From the beginning, I liked sparring with Andrew Kile, who has been boxing and MMA fighting since he was fifteen years old... influenced by watching Mike Tyson fight films. 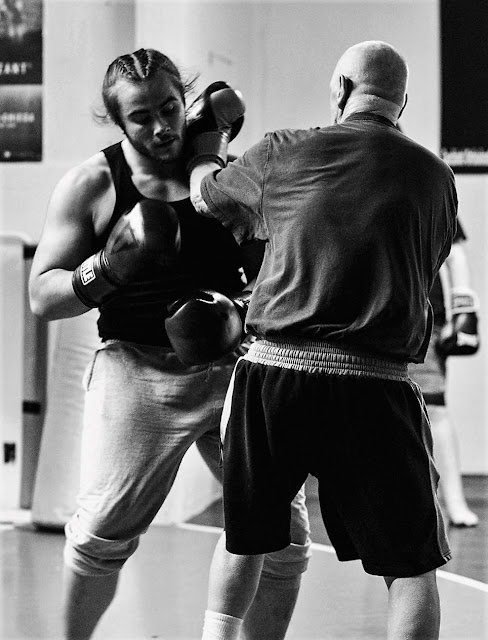 To land a punch on Andrew Kile, I have always had to work my way inside, take a few punches, and, as Andrew says, "You have to earn it."  Andrew is a great fighter, and, too, a great teacher, and has displayed great generosity of spirit working with me.

As I began my boxing journey in the summer of '21, I learned to "throw punches in bunches."  Also I tried to learn to move my head after each punch.  And... I learned it is most effective to remain stoic... or find amusement in the errors of my growth. 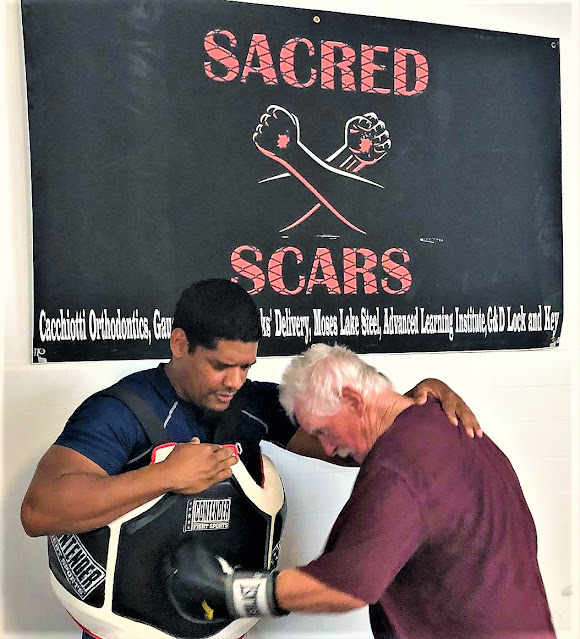 From my first efforts in the gym, Sacred Scars Gym founder/director Isaac Jones has been a positive and patient teacher, knowledgeable and Jones had faith from the first day that he could help me achieve my goal of becoming the Oldest Active Boxer of All Time... in a meaningful, honest, earned way.

Posted by Poet Red Shuttleworth at 2:02 AM