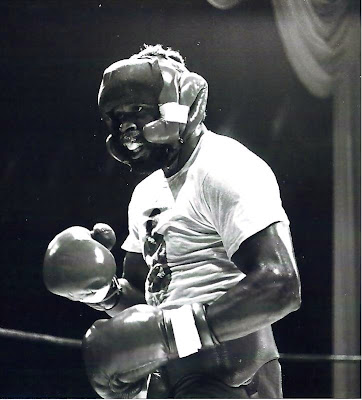 Ron Lyle, within days of fighting Muhammad Ali
for the Heavyweight Championship of the World
(May 1975, Las Vegas, Nevada) 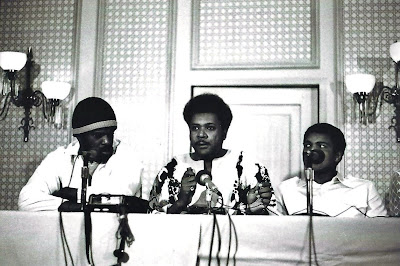 Ron Lyle, Don King, and Muhammad Ali
(one of the press conferences...
the Tropicana Casino in Las Vegas, May 1975) 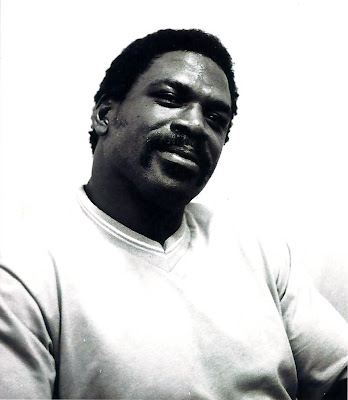 Ron Lyle in the locker room of the Las Vegas Convention Center
after losing his bout with Muhammad Ali
for the Heavyweight Championship of the World
Ahead on all three judges scorecards in the 11th round, Lyle took a strong, quick right from Ali, then a number of unanswered punches.  The referee stopped the fight... in what soon became a controversial decision.  Lyle was stunned that the fight was ended despite his being uninjured and fully conscious.
Ron Lyle fought professionally 51 times, winning 43 of those bouts.
In the three weeks leading up to the Ali-Lyle fight, I was in Las Vegas, trying to break into freelance boxing journalism.  I managed to place articles and photo's with The Ring and Boxing Illustrated. 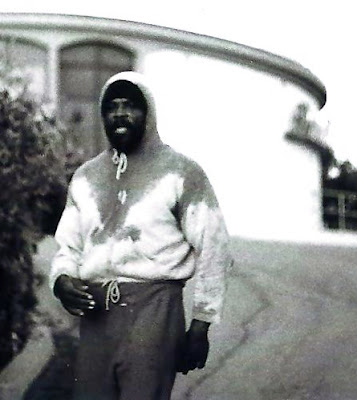 Every morning, until 72-hours from the fight, Ali and Lyle did their roadwork,
rising early for dawn runs on the golf course of the Dunes in Las Vegas.
I ran those pre-fight miles with Lyle and his sparring partners.
I snapped all the photographs presented here.﻿
﻿
Posted by Poet Red Shuttleworth at 10:32 AM