WE DROVE ALL NIGHT: A Red Shuttleworth Poetry Chapbook 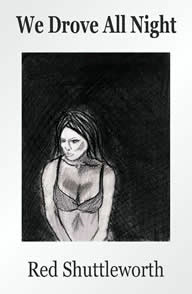 We Drove All Night

Praise for We Drove All Night:

"If you've ever, like me, wished for poems that move more like outlaws than academics, that know their whiskey, their weather, their women, poems where llamas eat family cats and girls have "I'll console you breasts," poems that hurtle down long dirt roads, "always speeding toward days we're unrehearsed for," hard won poems governed by discipline, a singular music, and the sweet salt of living to the hilt, We Drove All Night is just your speed.  Red Shuttleworth is big hearted and wild; an American original."

"The territory in We Drove All Night --from Steve McQueen to rodeo strippers, from Geronimo-moonlight trains on desolation prairies to motel pools at freeway edges-- is so beautifully realized you'll want to put down restless roots between the lines.  Shuttleworth is a treasure."

"Red Shuttleworth's Sam Peckinpah-esque imagery and lingo metaphorically stirs those Wild Bunch Gatling gun, Colt .45, Winchester carbine scenes from which the explosiveness and smoke of language never settles in our imaginations, our fantasies, our illusions come real.  We're talking slow-motion bullets crossed with time-lapse-fast ballet resulting in a hybrid poetic vigor to the umpteenth soulful power.  We're talking a vision and voice that would have moved a sober Charles Bukowski to tears of joy over the discovery that he did not, in fact, orbit this poetic solar system alone.  However, We Drove All Night is not so much a book of poems as it is, again, a projected reel of motion picture frames.  Read the script.  Listen to the score.  Watch the movie and dance "the dance of reckless abandon" with a cast of characters never before choreographed.  Take a pull from Red Shuttleworth's fifth of private stock Literary Elixer, his music juice, and it will take  you on an all-night-drive word journey, sans gravitational pull -seat belts, head lights, road maps, speed limits, and double-yellow lines be damned."

﻿
Posted by Poet Red Shuttleworth at 5:15 PM No comments:

There's nothing quite like sprinkling salt
on broiled road kill, popping open a chilled
can of Guinness. You can't explain the bullet holes
in the truck's rusty tailgate. Sometimes you wake up in a ditch.
You can't explain the beauty of the prison sky over Ely
or that girl strolling by in tight faded-black
Wranglers and a purple wild rag string-strap top.
It feels like noon: a bowl of barley 'n' beef stew
and baby stomping the house in coyote hide slippers.
There are flies in God's long-empty eye sockets.
Rough, heavy chairs from Mexico, otter-brown
corduroy curtains, photo's of Apache prisoners in Florida:
baby's naked, reading the Sunday paper, apple-bread
crumbs on her breasts... and she hardly notices
your lips gliding the skin of her sweet thigh.
Posted by Poet Red Shuttleworth at 4:44 PM No comments: 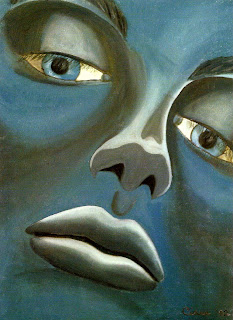 "Wishing California"
a Ciara Shuttleworth painting
(in the collection of Paul Zarzyski)
Lilac Hours
Pawn shop bear claw necklace,
baby dancing naked near the black barn,
not much thought on Russell paintings
I can't afford: what might it mean
to be a tornado-twisted
railroad freight car...
or a horse turned out
on October corn stubble?
Baby says she feels
light as a prairie snowflake.﻿
Posted by Poet Red Shuttleworth at 9:46 AM No comments:

The ripe-apple face of youth trots
to knotty pajamas and dentures
lost in a pillow's goose feathers.
One's identity gets tuned wrong:
the infinite pain of being lost...
an unfolded-for-the-day post office.

The inner vapors escape.
The sky is grace and glory...
star-glistening dark freight
bound for a sunless avenue
light years from the sayings
of hedgerow prophets.

I have not worn that flannel suit
since she wore that black knit dress,
her tongue soft on my lips.
I have not shared bread with windbags.
She has not stopped spinning.

Youth has left for San Diego...
for a race track folded
tight in a travel brochure.
Darling presses her identity
against a lonesome willow.

I locate myself beyond
the power of gloom,
pretend I am a stuffed bear.
Or cubed ice in a whiskey glass
plays my song on a late train
bound for a wild-haired girl
in a dream she is having.
Posted by Poet Red Shuttleworth at 11:03 PM No comments: 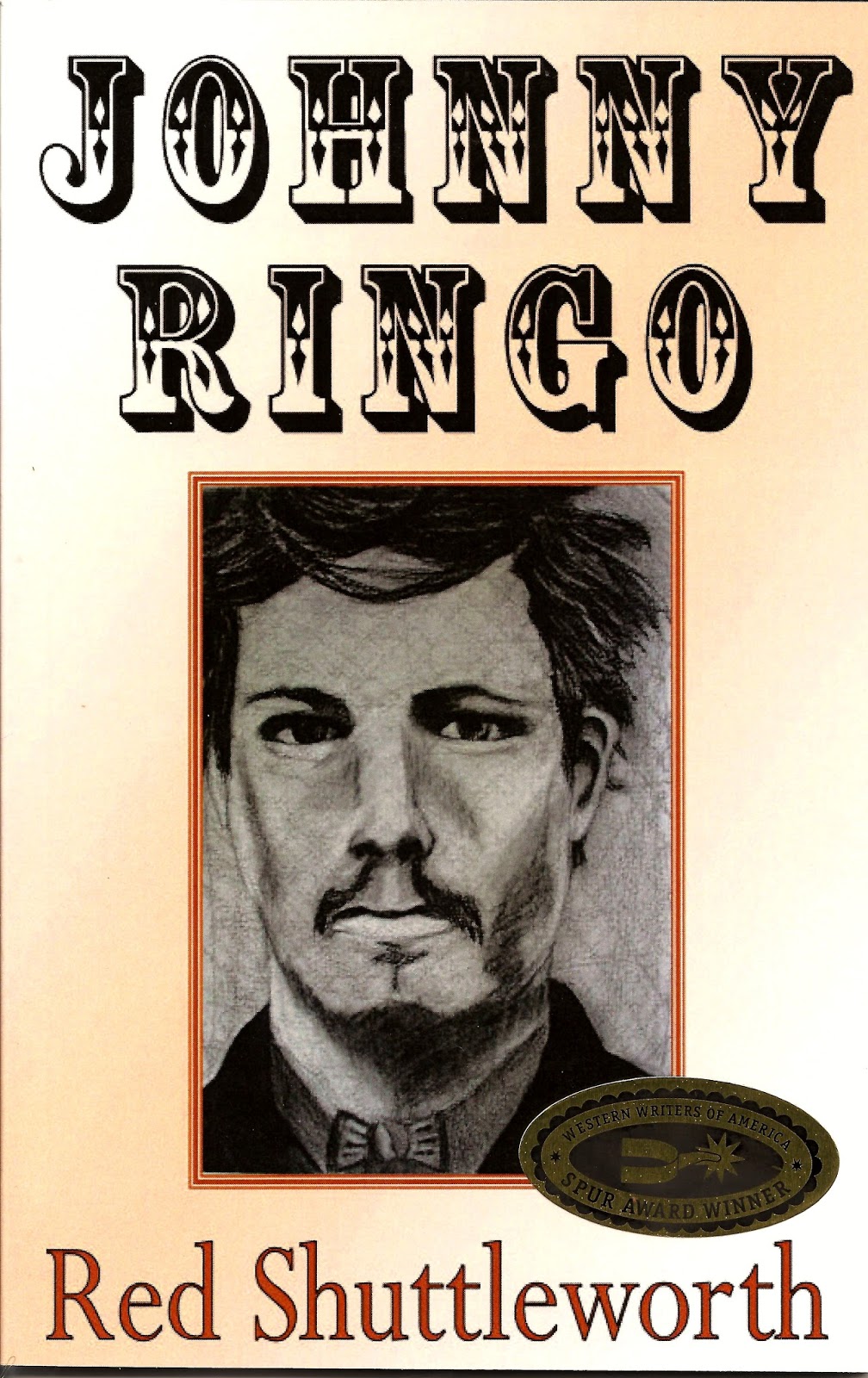 can be purchased on Amazon

﻿
Posted by Poet Red Shuttleworth at 9:05 PM No comments:

When the Stars Hung Bright and Low

Calamity Jane
[Martha Canary]
Library of Congress Collection
When the Stars Hung Bright and Low
Ice cream drool down
the front of a cowgirl shirt.
A date with a chess geek.
Her pink bedroom
is gussied-up to replicate
the one she had
two decades ago:
fuzzy pink slippers,
button-eyed teddy bears,
make-up cases that play
the screams of rabbits,
hogs, and horses hauled
for slaughter to Mexico...
to remind her to avoid
thinking of herself
as Godiva on a silver mare.

Posted by Poet Red Shuttleworth at 10:22 PM No comments: