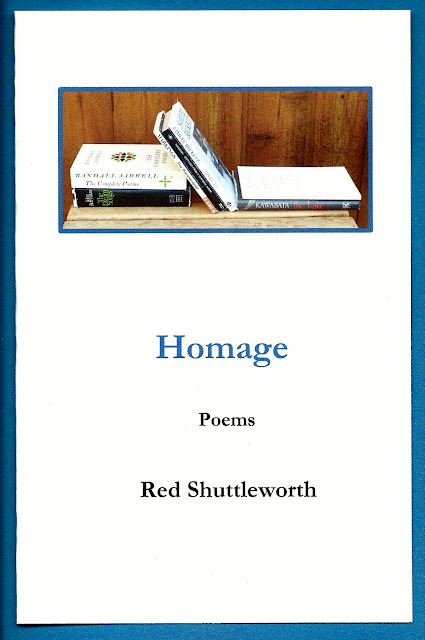 The six-pack of poems in Homage acknowledges the  four and a half decades of influence certain writers have had on my poetry.

To some measure, these homage poems (to Samuel Beckett, John Berryman, Johannes Bobrowski, Dag Hammarskjold, Randall Jarrell, Yasunari Kawabata, and Ivan Turgenev) are exercises, though I hope they rise above that.

A great number of other writers have influenced me as much, or more, than those I try to honor with my poems in this small collection.  My first influence, in the summer of 1967, as I wrote my first poem, was William Butler Yeats.  The trigger for that first poem was a beautiful woman who ran nude, when the fog was thick, on San Francisco's Ocean Beach.  I thought, way back then, that I could write a poem worthy of her....  She was my first Muse.

I heard many a glad Samuel Beckett anecdote from his friend Kay Boyle and plenty of disconcerting, bittersweet, sometimes hilarious stories about John Berryman from William Dickey (Berryman's student at the Iowa Writers Workshop). I am grateful.

TO THE CONTRARY: A Red Shuttleworth Poetry Chapbook 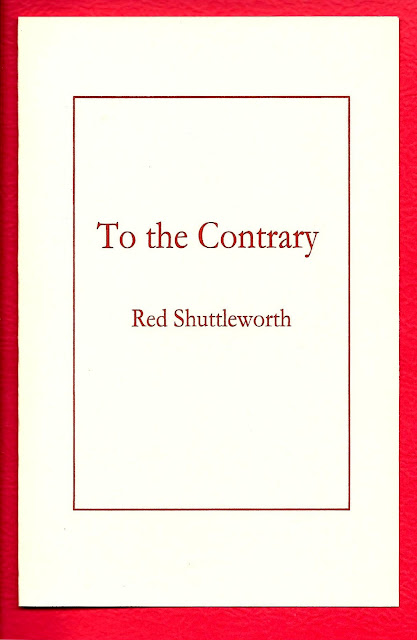 Air's so bad...
saw a pack
of coyotes
with emphysema...
each one dragging
an oxygen tank.
Posted by Poet Red Shuttleworth at 4:33 AM No comments: 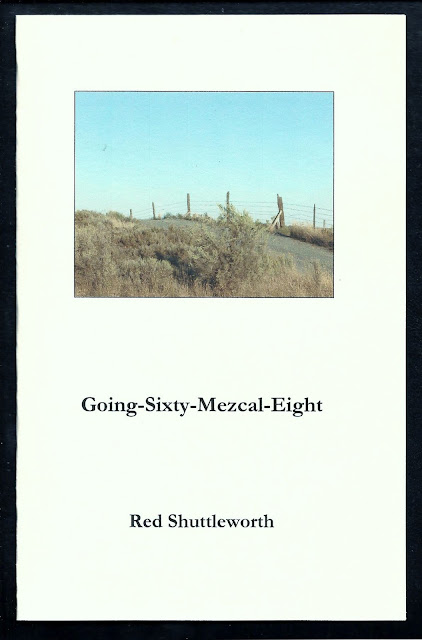 Posted by Poet Red Shuttleworth at 6:34 PM No comments: