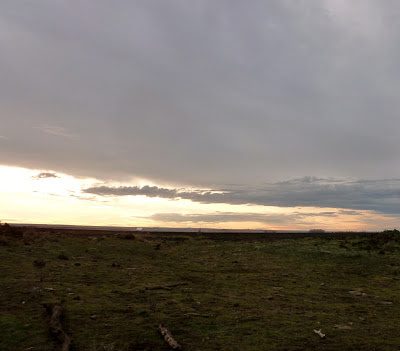 The grins of the naked in the coffin maker's parlor
remind children of notched gunfighter pistols.

In that high desert town, my first doctor
had been born and raised in Khartoum.
Her family owned slaves.  Everyone laughed
equally when they watched American Westerns.

In that sage steppe hospital, my second doctor,
a graduate of Basrah University, enjoyed
a fake hanging of himself on CNN for being
Saddam's brother-in-law.  He had no answers.

The coffin maker's children placed
shiny-bright silver dollars
over the eyes of the dead.

I winked and blinked as rapidly as a dead man can.
Saddam's brother-in-law said, We are trying to help you.
He munched M&M's, called for a helicopter.

Turn not from grief, avoid not the Angel of the Bottomless Pit,
suck slowly from the cup of chipped ice, you weed-fractured soul.

Posted by Poet Red Shuttleworth at 5:33 PM No comments: